THE PIONEERS IN AMERICAN EDUCATION, INNOVATION & PROFESSIONAL CAREER TRAINING SINCE 1982

American University of Athens is accredited by Accreditation Service for International Schools, Colleges and Universities (ASIC). The university has earned Premier status with ASIC for its commendable areas of operation. ASIC accreditation helps students and parents make a more informed choice and will also help a school, college, university, training provider or distance education provider, demonstrate to the international student body that they are a high quality institution.

The American University of Athens (AUA) is offering a wide range of postsecondary career-oriented programs for the past four decades.
Having started as a small High-Tech Engineering Institution affiliated with Boston University (BU) located in Boston Massachusetts, today, AUA is celebrating 40 years as a prominent and pioneering institution of postsecondary education. After obtaining an Undergraduate/Bachelor’s degree at AUA, thousands of our students have continued their Graduate – Master’s studies at the more than 160 Universities, mainly in the United States, United Kingdom, Canada, and Australia.
Since its creation, AUA has been focusing on Science, Technology, and Engineering, and Math (STEM) courses, following the rigorous curriculum and syllabi of Boston University. The innovative success of AUA in Greece, the European Union, the United States, Canada, and the Middle Eastern countries, has resulted to a good number of imitations, mainly following the British System of Education, and from centers offering two year technical or vocational program that time.
Apart from its longstanding affiliation with the Boston University, AUA has developed a good number of collaboration programs with numerous respective institutions, including George Washington University (GWU), in 1987, City University of New York (CUNY), in 1988, as well as Northeastern University from Boston, USA.
Our students receive first class academic and career-development services, and upon graduating, they have the opportunity to continue their studies at a long list of universities around the world (see below), or obtain work permits around the world (i.e. the European Union, the U.K., U.S.A., Australia, and MENA).
To carry on our mission of building a robust, cutting-edge, student-centered, and career-oriented academic engineering and applied sciences programs, AUA is committed to delivering an affordable, yet transformative academic experience, which deepen and widen our students’ expertise in one of our more than 95 academic programs. Accordingly, AUA programs allow their graduates to build the necessary foundations for their academic, as well as professional success.
AUA is proud of its Alumni who have continued their studies, either at affiliated Universities, such as BU, George Washington University (GWU), and the City University of New York (CUNY)o or other prominent American Universities, such as Stanford University, Rutgers University, New Jersey Institute of Technology, State University of New York, New England College, University of Tampa, Tulsa University, University of Southern Florida, as well as McGill University in Canada, Wollongong University in Australia.

Stellar evidence of AUA’s successful record, and the vigor of its pioneering academic programs are the spectacular academic opportunities our students have obtained upon completing their programs. Whereas the vast majority of our graduates have been admitted to postgraduate programs (e.g. MPhil, or MReS), many students also earned a doctorate degree (Ph.D.).
AUA graduates have been admitted to the following list of prominent universities on both sides of the ‘Pond’ (United States, UK, Canada and Australia).
AUA STUDENTS HAVE BEEN ADMITTED TO MORE THAN 130 UNIVERSITIES IN THE UNITED STATES (US), INCLUDING THE FOLLOWING:

AUA STUDENTS HAVE BEEN OFFERED ADMISSION TO MORE THAN 80 UK INSTITUTIONS, INCLUDING THE FOLLOWING:

OBTAIN THE FOUNDATIONS & EXPERTISE TO SUCCEED IN THE KNOWLEDGE-BASED ECONOMY

APPLY TO ONE OF OUR ROBUST & CUTTING-EDGE STUDY CONCENTRATIONS

APPLY TO ONE OF OUR ROBUST & CUTTING-EDGE STUDY CONCENTRATIONS 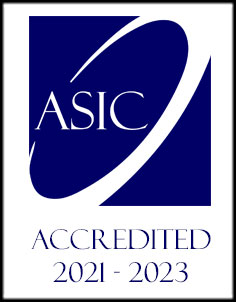